Nice! That looks awesome. Now that I see, I can tell it wasn't me...that time. I was tucked in behind the 3 on the your left in the vid. Probably your 2nd or 3rd pass was when my goose was cooked. But I gave a hurri some souvenirs from my dorsal gun 1st. Good fun!

Great shot! (both the camera work and the bomber hit) That was some good formation flying, Freya. It's very hard to pick you out in that group. Unlucky that you didn't survive the initial attack and reach target. What were those silly escorts doing? :P

I think it's really great that you were able to get into formation with them. As you could see, they put up some pretty good gunner fire. It was just unlucky for your flight that we managed to position ourselves for the head-on pass. Generally, the closing and exiting speeds of that sort of thing give us a better chance of surviving that initial barrage of gunfire and after that, the gunners start to run out of ammo and spend time reloading alternately, giving us a better chance of surviving our runs.

I'd like to see more bomber pilots doing this sort of thing. You not only gather your forces so you can concentrate your escort power, but you also get all that defensive strength from the other bomber gunners AND you are disguised. Had no idea at the time that there was a player flown bomber in that group. That's got to be worth something.

Another thing to note about flying high with the main bomber groups is that it gives you a lot more time to get to the target. Once an enemy raid is picked up on radar, we have to climb to intercept it. If that flight is at 20,000 ft (+ escort at 25+) then we've got some hard climbing to do. That's about 10 to 15 minutes of time where we are very slow and nearly stalling. Add on another 5 minutes to bring speed up, and another 5 to 10 to pick the correct intercept course and close and you're pretty much at the English coastline. Then, if the escort manages to beat off the first wave of interceptors, it takes forever for us to get a second flight into position. By that time, you could be over nearly any target on the map.

Alternately, if you come in low, we may not pick you up until you get closer to the coastline, but when we do it's an easy enough thing to scramble from a nearby airfield and gain enough altitude to get into attack position before you hit shore. And then if we need to put up a second flight, they can get to you a lot faster than if you were high up.

Here's a bit from after StiC's vid.  My misfortune..

Great video. Incredible formation flying.
I found this on the cutting room floor.

Not true. You took out my engine. I ended up dead sticking it in some field.

Normally I wouldn't have bothered with a bomber dropping out of formation, but I was wounded with no rudder control, half of my elevator missing and no starboard guns. We just crossed paths as I was making my escape from the fight. I didn't even know I destroyed your #2 until I saw your video and went back to check mine.
_________________

Not true. You took out my engine. I ended up dead sticking it in some field.

Normally I wouldn't have bothered with a bomber dropping out of formation, but I was wounded with no rudder control, half of my elevator missing and no starboard guns. We just crossed paths as I was making my escape from the fight. I didn't even know I destroyed your #2 until I saw your video and went back to check mine.

Ok then, I'll un-quit.  I think it's awesome to see it from both sides of the crosshairs.  And to think, probably the only two guys recording that day (maybe) and, like you say, our paths crossed.  Too cool, StiC!  I hope we do it again sometime!

A quick clip of some more combat action, this time in 110's.  Proves the value of a good wingman!  After this footage, I was to return with one engine, and a corvette ruined DRocks chances of returning by hitting his rads after he had turned back to engage another pursuing spitfire.  I thought it was a very nice shot so figured I'd post it!  Salute to the brave RAF pilot for giving his all for King and Country.

Remember the call - NEVER SURRENDER NEVER GIVE IN - or was that in a spoof sci-fi movie???

Best top cover ever by Spitfires allowed me full freedom to expend all my ammo on the bombers.  I was tapped by an enemy fighter on the last pass who took out my engine and relieved me of parts of my aircraft.  Good work guys!

Use settings to play this full screen in 1080p HD.

|450|Squiz wrote:I was tapped by an enemy fighter on the last pass who took out my engine and relieved me of parts of my aircraft.

I can assure you that "tap" was absolutely necessary and delivered within the boundaries of the rules of virtual air warfare...and by the looks of it I was 4 bombers late to your party!
Nice shooting Squiz, had to run in on the first two hurri`s and chase another contact before noticing you working over the bombers...good lord you shot `em up. 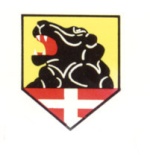 ATAG_Invictus streamed this during our third sortie, great flying all.