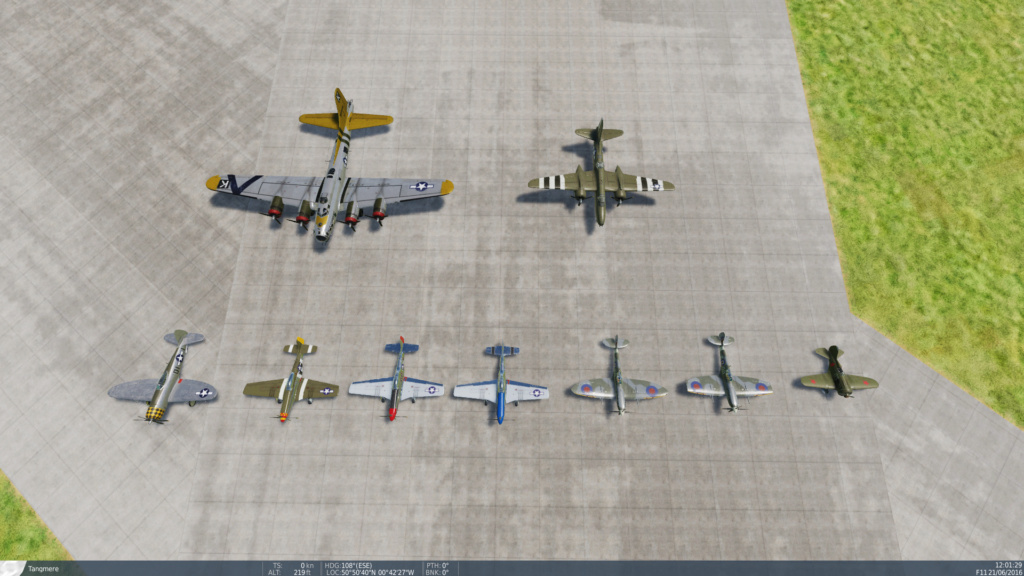 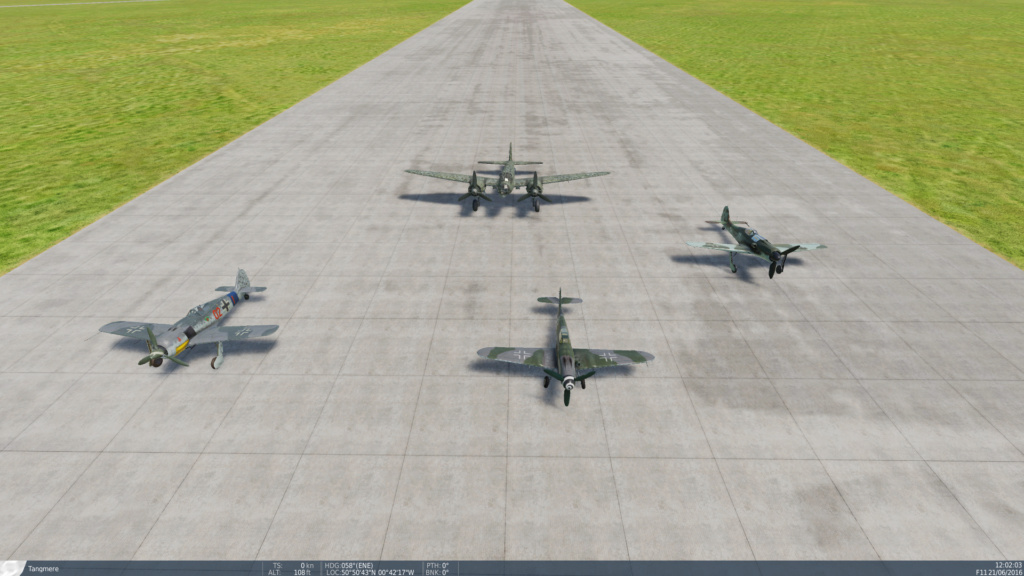 TIME TO HAVE SOME FUN

Yes as AI and I suggest players should be very careful when attacking it as the gunners seem to be marksmen even when the skill level is set to Average. I suggest either head-on attacks or slashing side attacks. It only has torpedoes as far as I can see at present.

Splendid! A couple of weeks ago I set up a little mission using the A-20s as Ju-88 stand-ins and found pretty much the same thing. The rear gunners were murder. I also tried to duplicate the dive and looping manoeuvre that we used to employ with the Hurricane and Spitfire in CoD but had totally lost that skill set.

Now that DCS Multiplayer serve lists the country flag where the server is located, once you find a reliable MP server in your part of the world let us know and we can see if we can also join you online.

Will do. Been so long since I looked at any online servers, I didn't know there was a change.

I attempted a little intercept mission with a Spit against four Ju-88 and what a gong show that was. Can't believe just how little feel is left for the Spit after flying by wire for a couple of years now. I can make the Hornet dance on it's tail and do things I only dreamed of in other planes, but now getting back into a prop I just have no instincts left. Couple of times I tried to climb above and roll into a dive against a Ju-88 below only to flop over and flat spin out of control. Jeeezz, what a mess. And no auto-pilot....what gives with that!!!

I remember first flight with the Hornet and thinking it was heavy and sluggish and was like flying a Blue Whale through the sky. The F-86 by comparison felt light and nimble and I knew it's characteristics better than any other DCS plane flown. But now, the Hornet is smooth and responsive and everything is so instinctive it's like you know exactly what it's doing all the time and exactly how far you can push it. The Spit and Mustang now by comparison feel like paper airplanes in a windstorm. They're so figgity and unstable that I just don't have a feel for them anymore. Weird how you remember the technical procedures to fly the thing, but the instincts have all adapted to something else. I suppose this is why they generally don't let commercial pilots fly multiple air frames??

Remember how we sweated bullets to learn how to dive bomb with the F-86 against those oil rigs!!! I couldn't lob a bomb within a mile of one of those things now, even if I could remember how to set up, roll in, air brakes da da da da da ......

Your internet problems may be coming to an end Speed.

Starlink is a satellite constellation being constructed by SpaceX to provide satellite Internet access. The constellation will consist of thousands of mass-produced small satellites in low Earth orbit (LEO), working in combination with ground transceivers.

Product development began in 2015, with the first two prototype test-flight satellites launched in February 2018. A second set of test satellites and the first large deployment of a piece of the constellation occurred in May 2019 when the first 60 operational satellites were launched. As of 2020, SpaceX is launching 60 satellites at a time, aiming to deploy 1,584 of the 260 kilograms (570 lb) spacecraft to provide near-global service by late 2021 or 2022. SpaceX is targeting a private beta service in the Northern U.S. and Canada by August 2020 with a public beta following in November 2020.

You can get more info on YouTube by searching for Starlink.