I will be away this weekend. Going to the Trafalgar Night dinner with some of my former Navy colleagues.

My apologies for the late arrival in server yesterday. From what I heard it seems I missed a good fight. Well done Stic!

While we were expecting our new refrigerator to be delivered in the forenoon, we were not expecting our landscapers until the late afternoon to install the water feature in our newly landscaped front garden. However they turned up early as the other job they were working on came to a halt due to delays with other tradesmen getting on site on time.

Additionally, my attention has been somewhat distracted by having to monitor the snake traps I have put out. On Tuesday when the landscapers were working in our back garden they spotted a four foot tiger snake sunning itself near the back of the house. Before I could get something to deal with the snake it had slithered off under the house. Hence I have put out flour lines around the likely exits (the snake will disturb the flour line giving a good indication that it is out and about) and bird-netting traps (just loose rolls of netting that will hopefully entangle the snake as it tries to go through the netting). I have also put out a couple of the older "milk in a coke can traps". The theory being that the snake gets its head stuck in the can when trying to drink the milk.

I am told that of the world's 11 most deadly snakes, Australia is home to 8 and the tiger snake is ranked 4th. Pity they are so poisonous as they are great at keeping mice populations down and mouse damage is the reason we now have a new fridge as a mouse chewed up the primary control board of our old fridge, and given the fridge was 17 years old, that board is no longer available.

ps. due to its size I suspect the tiger snake has wintered (hibernated) under our house and as it has now turned to Spring it feels it is time to get out and about.

Well Dev, if I had to chose between flying sim or preventing my family and I from getting bitten by the 4th baddest snake down under, I'd be paying lots of attention to your flour lines!!

No problem buddy. You did miss a dandy, but it was confused and messy and not the set piece we were trying to set up. However, our buddy StiC put on a show to behold. When I watched the Tacview track I just sat there and said to myself, "holy Sh-t! what a wild dog-fight. StiC had two MiGs glued to his tail and he put that Sabre through moves I didn't know were possible. I'm sure that story is being passed through the MiG community as well.

Anyway, take care of the family and get that snake!! (hopefully you can live-capture and release somewhere safe).

The Trafalgar Dinner went off really well. As we were staying in a hotel directly across from where the dinner was held (The Melbourne Club) I was not restricted as to having to drive home after the dinner - so we were in the last group to leave at about 1 o'clock in the morning.

ps. by the shadows in the video it looks like they were handling the snake at about mid forenoon when its movements would be reasonably slow - try the same thing after it has warmed itself in the sun all afternoon and I suspect it would be a bit more lively.

Glad you had a good time and I recall that you did mention staying close by so no worries of driving after having some fun.

I watched that video and figured that this guy was either totally nuts, or knew exactly what he was doing? Personally, I wouldn't get closer than shotgun range!!

Check out the Tacview screen captures I just added to validate StiC's classic dogfight. I wish I could post the entire video sequence, it was epic.
_________________

Unfortunately there is nothing to report. I have now installed four solar powered snake repellent units - don't know if they will work or if they are just a sop to my vanity. Had the air-conditioning people crawling around in the roof-space yesterday doing the annual service check before the summer starts and they saw no sign of our lodger. May be it has moved on - snakes are very active at this time of the year as it is their mating season.

Some info from the product site:

"The solar powered Snake Defence Multi Pulse Plus Snake Repeller emits a pulse (vibration and sound) that changes every second day. It's 100% safe to use around children, pets, birds and livestock. Take it camping, on picnics or on holidays. The Snake Defence Multi Pulse snake repeller is light and portable. It comes with a long lasting rechargable battery charged by the solar panel.

One unit covers approximately 700sqm. Get 24 hour protection and repel snakes from your home.

How does the Snake Repeller work?

Snakes by nature do not want confrontation and would rather slither away from trouble than attack something that may hurt them. The Snake Defence MP Plus solar snake repeller is the solution by transmitting both an earth borne vibration and air borne low frequency sound that has been found ideal to deter snakes.
Every 50 seconds the Snake Defence MP Plus emits vibration and sound that change every 2 days. Starting with a single 3 second pulse every 50 seconds for 2 days, followed by 3 pulses for 2 days, and 5 pulses for 2 days it then reverts back to one pulse to start the rotation over again. The idea behind the changing pulses is to vary the pattern so snakes do not become accustomed to the pulse."

I will be off-line tomorrow as I have a family funeral to attend - wife of a cousin passed away unexpectedly. Should be back on-line on the weekend.

I am AWOL until further notice. My ride (computer) needed some tender love and care after the latest Windows upgrade - its problem of randomly rebooting increased so I tied to revert to the previous build (image in Windows speak). Unfortunately that screwed everything. So off to the repair shop it went. Got it back yesterday but there is still a few issues and I now need to reinstall most of my programs including DCS. Hopefully, I will be back in the virtual skies sometime next week.

Almost up and running again but I need someone to send me copies of our F86 liveries. my copies were lost when the computer tech re-installed Windows.

Roger that, I'll get those to you ASAP.

Sent everything to you this morning.

Let me know if if worked out OK.

Squiz asked me to pass on his apologies as he will not be online this weekend as he has gone down to Sydney to see his grandchildren. I will also be off-line this Sunday as it is Mothers Day in Australia and I am going down to Coragulac to see my mother. I will be back online from Sunday night.

Devil will be away from 12 September to 21 October sampling the delights of Europe. Stay safe everyone.

It is now just coming up to 4.30 am and after almost six weeks away in Europe Devil is back home - albeit a little jet lagged and much poorer in the pocket. Looking forward to hearing how everyone has gone on over the last six weeks. Also I have downloaded the early release of the Viper so Squiz I would appreciate it if a couple of flyable F16s can be included in the 450 server.

While I didn't do any "aviation" type things while in Europe I did manage to drop in to Willie's pub in Bamberg. 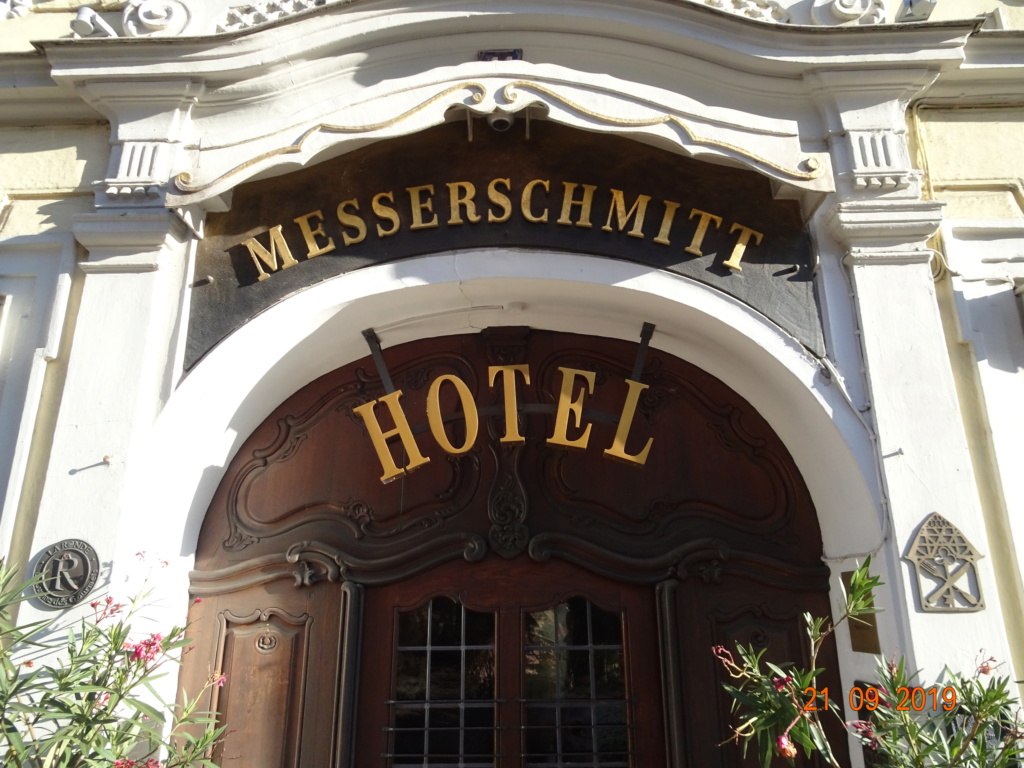 I will be off-line for the next three or four days as I am visiting my Mother to help out with her care.

I will be mostly off-line until 1 December as I am off to Sydney tomorrow for 3 days and then off to Western Australia on the 22nd for 8 days.

I am AFK this coming weekend - catching up with our interstate grand children.