Once the campaing starts, we will see the tally board for all squadron claims? And who will verify to data?
This will really build incentive to fly cooperatively and I mentioned to Osprey that despite the ongoing debat about Spit and Hurri performance changes in the patch, it's not about individual duels, the RAF won with superior organization, advanced control and better strategy.

Campaign play is going to be different.

All squadron pilots will need to record each campaign mission that they participate in.
If you are killed or captured in a mission (bail out closer to France than England) then your campaign kill tally is reset.
The campaign tally will be separate from the overall Squadron tally so all campaign kills will still be recorded on the main tally board.
Verification is difficult as it was in reality. Most claims will be clear simply from the RT traffic (I got him!). The best verification is a properly written up AAR in the flight log. Server statistics aren't quite sophisticated enough. I don't think (I hope) anyone is going to 'cheat'.

Correct, Spitfire and Hurricane pilots stood a far greater chance of surviving any encounter with 109s when they had wingmen with them. This is why I've been so clear that we need to make our formations better. We need to keep track of each other in the sky. In and out of combat engagements. Everyone please continue to practice this. It's very difficult but outside of having higher altitude at point of contact it's the only advantage we really get currently in this game.
_________________

Couldn't agree more and I might suggest that we develop a sqn standard procedure for initial contact with 109s. Based on my last experience as tail end charlie and watching how other groups handle challenges to the rear, I'd suggest that when flying in formation and spotting a contact to our rear, that that rear pair break off to circle back against the attack, while the remaining break the opposite direction and attack in a type of airborne pincer. One low, the other high, in that way we present a more complex tactical problem for the attacker. On the attack when we have the advantage, the lead makes a call and directs Sqn deployments.

Keeping the tail end joined to the sqn as it tries to turn as a group puts two rear aircraft at greater risk than need be.

Food for thought. I also suggested to Osprey that once we enter the campaign phase, we should make every attempt to coordinate actions between the three main sqns. I know that's tough given time differences, but we need to employ RAF strengths against LW weaknesses. Spit on 109 and Hurri on bombers, then keep the fight over England to ensure the 109 uses more fuel and fight in phases (initial engagements to use of ammo/fuel then follow up to hit as they head for home).
_________________

agreed, tactics are the best way to overcome the now near future Nerfing we are about to get.

And the winner is?

OK lads, 401 Sqn acquired a number of excellent victories on our last sortie, so I wonder, who got the magic 100th kill? Was it on that first mission out of Croyden? Lymnpe or Southhampton maybe. Frankly it's all a blur to me!!

Elvis (The King) thumped his crate into Lympne and quickly whispered his tally to the two WAAFs that came running to meet him. One ran off to put up the claims on the board while the other stayed behind to caress his hair. He wouldn't let her.

As soon as I got my aircraft down into Lympne, I found 'Britannia' and strapped a note to her neck St. Bernard style and gave her a boot in the way of the Squadron mess hoping that someone would pick up the message and chalk up my claim.

As for how DNR (The Dean) got his kills on the board, I can't say. They just appeared somehow.

So when I got back to the mess, the tally had gone from 99 to 107 with no clear indication of who got the magic number.

Despite breaking the centenary of air victories, knowing that Elvis protected his locks from the prying hands of a misguided WAAF fills me with joy!! A man with principles, gotta have principles. And that new tub of Dapper Dan the lads kicked in for should go a long way to keeping Elvis aerodynamic. 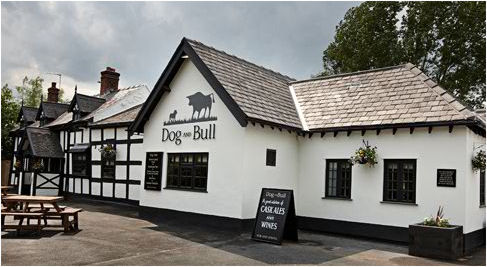