I'll be busy the next few weekends and probably won't be able to attend most Saturday nights until next month.

This will also give me a chance to finally tear down my current pit and rebuild it into something a little more pleasing to look at.
_________________

Soccer match for me tonight fellas.

It's a busy summer this year. I think the break is doing me well. Still got a few things brewing but we might be looking at close to Sept for those.

Excellent choice StiC. Summer is a great time to link in with family. I spent time with my older son last weekend at the IMSA races at the Cdn Tire Motorsport Park and had a great time sharing stories and our love for fast cars. A few weeks ago my youngest son came down for the weekend and we took in the airshow at CFB Trenton. Well, almost, the security line was said to be 2.5 to 3 hours long, so we got back on the bus, rode back to the parking area,, then walked down to the marina and watched the planes from there.

Fall/Winter is the perfect time for our on-line activities.

While you guys take a breather, I'm downloading the DCS World software as I type this, and look forward to trying something new.

Hawk, I should take a few days to get familiar with the DCS suite and take the P-51 for some initial flights, then I'll leave a note and we can link up to do some flying together. I solved my user profile problem today by fixing the registry files....whew! Glad I had this laptop to get those instructions straight or I'd still be mucking about trying to create an all new account (again).
_________________

Copy Speed....sing out when ready, Hawk 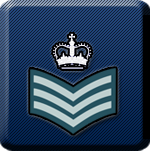 Summer, as well as all of the annual fall obligations are done. I'm looking forward to getting back into Cliffs. It's been way too long. I might need an instructor pilot.
_________________

Been having the same sort of thoughts here Stic! Recently finished up the landscaping/construction project that's consumed most of my summer, headed off on a short 10 day holiday to Scotland on Monday, and then plan on blowing the dust off the flying gear. Looking forward to getting in the air with everyone again! Hawk

I'll be back in Oz on 10th Oct. I'll need to get everything up to date and get my hand in again.

I'll see if I can come up with some re-training missions for us to fly.

When I've been flying at all this summer, I've been flying DCS with the Mustang. Is there any interest in getting going with that or do we want to get back up to speed using Cliffs? I ask because the AI in DCS is certainly better for fighting against than the Cliffs stuff.
_________________

Fine with either one here Wolverine, although I'm afraid I'll be coming in to DCS with hardly any experience (sorry Dean, never did get around to that joint training we spoke of earlier this summer!) See you all in a couple weeks! Hawk

The hardest things I've found about transitioning to DCS are, in order:

1. Deciding on how to set up the buttons (and there are a lot of buttons)
2. Learning how to actually taxi, take off, and land properly with an extremely high powered tail dragger
3. Finding the edge on which to fly to avoid excessive loss of E in turns.

Depending on how crunchy you want to get with your buttons, you can get away with leaving most of the start-up buttons as mouse clicks on the cockpit. I'd definitely set the Mixture positions to keys or buttons though as the startup is a lot easier if you can have a finger on the starter button and another on the mixture key to switch it to running from idle. Dedicate some keys to the various gunsight features too as well as the rocket and bomb selector buttons.

It helps to make the curve of your toe brakes ramp up very slowly because it's very easy to put the brakes on and watch yourself tip over until the prop goes CLUNK on the ground.

Taxiing isn't too bad as you can steer a little bit with the pedals. You can also free wheel the tail wheel by pulling the stick all the way back. Be careful doing this since it'll make it very easy to do a ground loop.

Dog fighting, at least in the P-51, is a lot more about high speed big maneuvers, keeping your E, and making every shot count. Fighting below 20,000 ft against the 109s is almost a death sentence unless you've got a lot of height on them. This P-51 is definitely a high altitude escort aircraft. The Spitfire will probably outclass it in a dogfight down low, even the Mk.IX LF.

I find gunnery much more difficult with DCS so far, but that might be because the gun harmonization is set to much further out than I'm used to. You can't adjust it as far as I know.

All that said, I think we can save our formal introduction to DCS as a Squad until the Spitfire is available to us. That'll help with the transition because the gauges will be more familiar (boost, etc.).