Big update today including, for those of us who pre-ordered Battle of Bodenplatte, the release of the Spitfire Mk IXe! ... and that G-14 109 thing also if that floats your boat.

Not only that, but the Spitfire IXe release includes options for the LF and HF engines, clipped wings or no, AND the Mk2 Gunsight OR the Gyro sight! AND bombs AND rockets.... 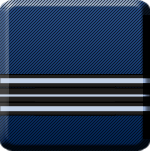 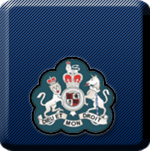 The new gyro gunsight is pretty cool too and works pretty much like the A4 in our Sabres, but one thing it does is obscure view of some of the gauges, most specifically the RPM. It will be an interesting trade-off to use it on servers that do not allow information bar text to see the rpm stuff without using the gauge.

Haven't tried the rockets or bombs yet.

It's a very pretty aircraft, that's for sure. I'm keen to try it in VR.

Sounds good Wolverine. I will be getting BoBp this Thursday with my production bonus. We'll have to try some VR formation flying.
_________________

Had a play in the clipped wing Spit - great fun down low.